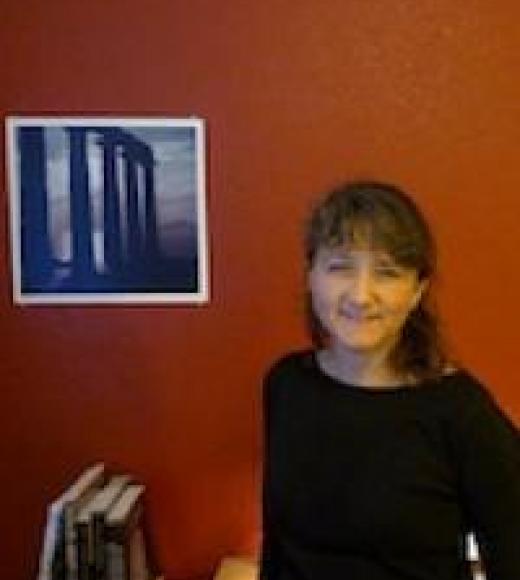 Cai Thorman is a PhD candidate in the Graduate Group in the Study of Religion (GGSR). Her major field of study is in Ancient Mediterranean Religions and Archaeology, with a minor field in Islam and a Designated Emphasis (DE) in Classics. Her wider conceptual interests encompass issues generated by the gap between the fields of Classical and Near Eastern archaeology, women in the ancient world, and interpretations of ancient world that have been biased by modern political and religious divisions. Her dissertation research focuses upon archaeological and historical evidence of cults of mortals in Greece, Anatolia, and the greater Mediterranean world and argues for a new theory of the development of ruler cult during the Hellenistic period. Prior to joining the graduate group, Cai completed a B.A. in Classical Languages and Literature and Studio Art at Pomona College, Claremont, which was followed by a post-graduate fellowship in “Underwater Archaeology in the Mediterranean,” sponsored by the Thomas J. Watson Foundation. As part of the fellowship, she worked on the Uluburun shipwreck excavation near Kaş, Turkey and pursued independent research in Egypt, Israel, Cyprus, Italy, France, and Spain. She then worked for three years as a volunteer in the conservation laboratory of the Bodrum Museum of Underwater Archaeology and for a Turkish archaeologist at Ephesus, Pergamon, Miletos, Priene, and other sites in Ionia. This was followed by six years of work as an archaeological guide throughout Turkey and the Greek Dodecanese islands. After nine years in Turkey, she returned to the U.S. to complete a post-baccalaureate certificate in Greek and Latin at UC Davis and an M.A. in Ancient History and Mediterranean Archaeology at UC Berkeley. Cai loves teaching and has taught her own courses as a lecturer since 2012, with one semester at the University of the Pacific and six years of summer sessions at UC Davis in the departments of Classics, Art History, and Religious Studies. Her courses have included topics such as Classical and Near Eastern mythology, Greek and Roman art and architecture, as well as self-designed courses in archaeology and ancient religion: UC Davis Summer Study Abroad program to Turkey in Classical & Underwater Archaeology (2014 & 2015) and “Worshipping Gods, Worshipping Mortals in Greek, Roman, and Near Eastern Religious Traditions” (RST 132, 2017-2019).